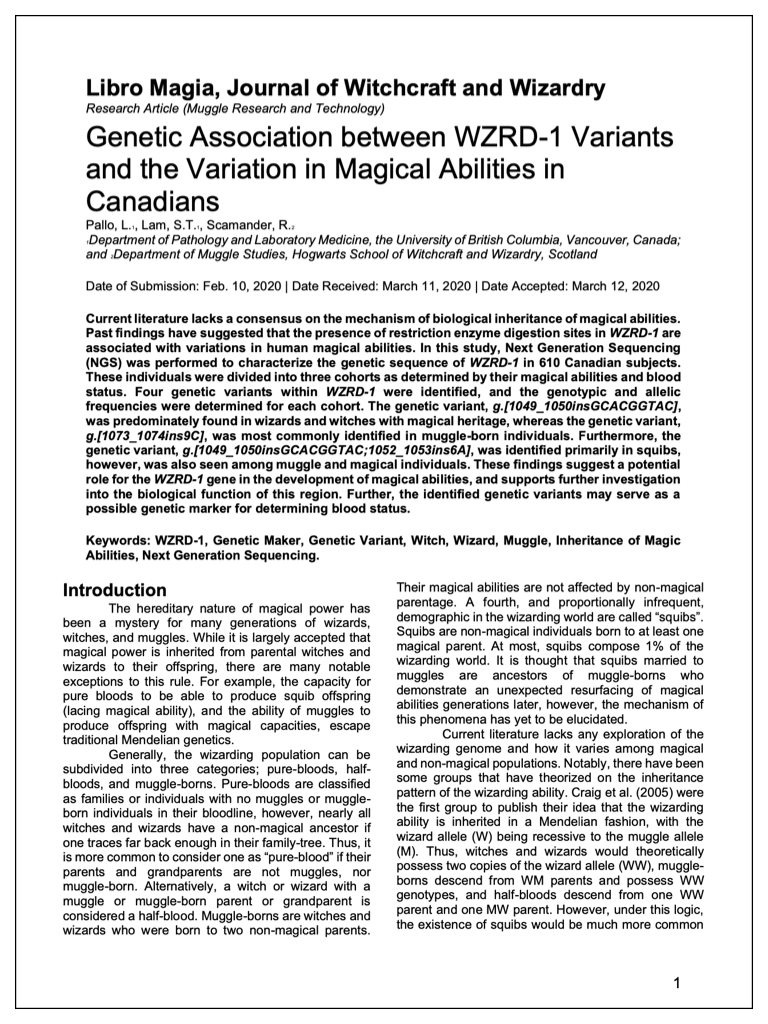 Abstract:
Current literature lacks a consensus on the mechanism of biological inheritance of magical abilities. Past findings have suggested that the presence of restriction enzyme digestion sites in WZRD-1 are associated with variations in human magical abilities. In this study, Next Generation Sequencing (NGS) was performed to characterize the genetic sequence of WZRD-1 in 610 Canadian subjects. These individuals were divided into three cohorts as determined by their magical abilities and blood status. Four genetic variants within WZRD-1 were identified, and the genotypic and allelic frequencies were determined for each cohort. The genetic variant, g.[1049_1050insGCACGGTAC], was predominately found in wizards and witches with magical heritage, whereas the genetic variant, g.[1073_1074ins9C], was most commonly identified in muggle-born individuals. Furthermore, the genetic variant, g.[1049_1050insGCACGGTAC;1052_1053ins6A], was identified primarily in squibs, however, was also seen among muggle and magical individuals. These findings suggest a potential role for the WZRD-1 gene in the development of magical abilities, and supports further investigation into the biological function of this region. Further, the identified genetic variants may serve as a possible genetic marker for determining blood status.

More papers like this can be found at The Annals of Praetachoral Mechanics, and also under our journal club tag