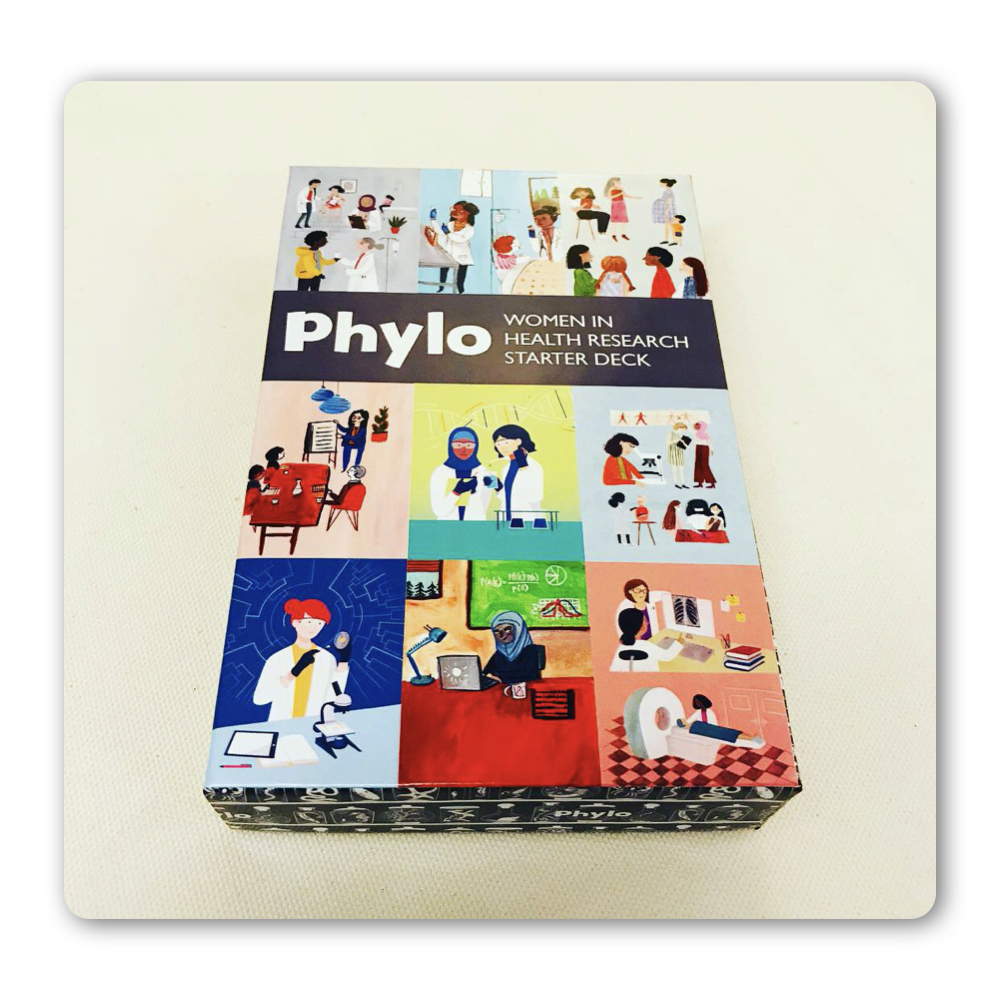 It doesn’t take long to scan today’s headlines, and note the troubling incidents of #metoo, or hear word of research disparities that could potentially lead to life threatening outcomes for women. The reality is that even with the slow march of progress, there is still significant inequities in how the genders are treated in the health arena, if not society in general.

This applies to both the medical research specifically (do treatments work better for men generally?), as well as the challenges that many women face in their career trajectories (how does gender affect careers?). Patriarchy, in a word, is very real. 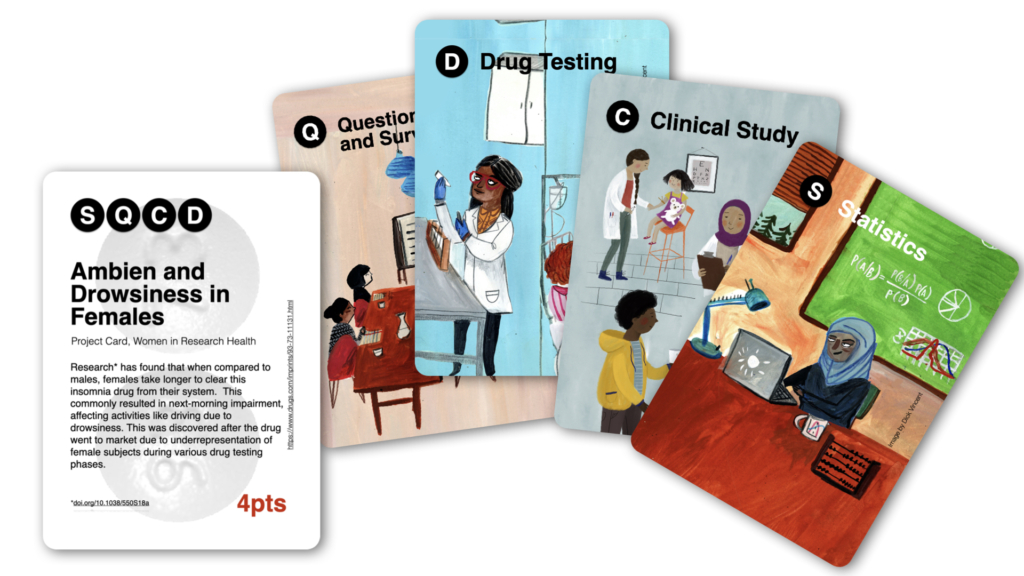 Here, the “Women in Health Research (WiHR) Phylo game” provides an opportunity for players to examine these notions, as well as explore the nuances behind them. It includes cards, supported by peer reviewed literature, that look at a wide range of topics including gender differences in drug testing, assault and harassment in STEM fields, maternity biases, and many many more. 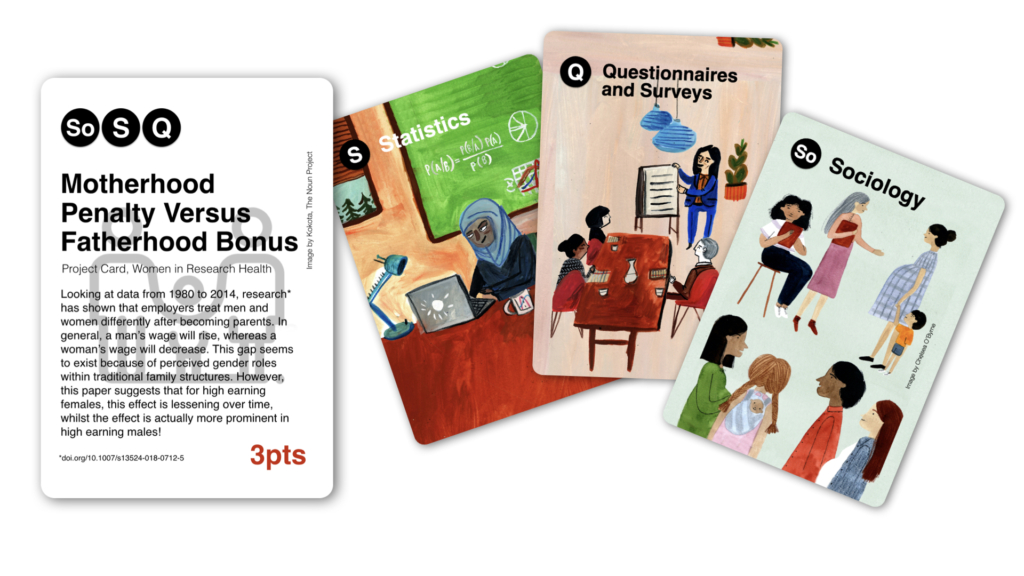 It’s been designed with pedagogy in mind, but also in a way where the game itself is entertaining to play. Basically, the game teaches and engages, but mostly where its commitment to evidence based research is occasionally eye opening, shocking even. In truth, a player often comes away thinking, “I didn’t realize it was so bad” and also with a sense of puzzlement at the irrational nature of such damaging biases. 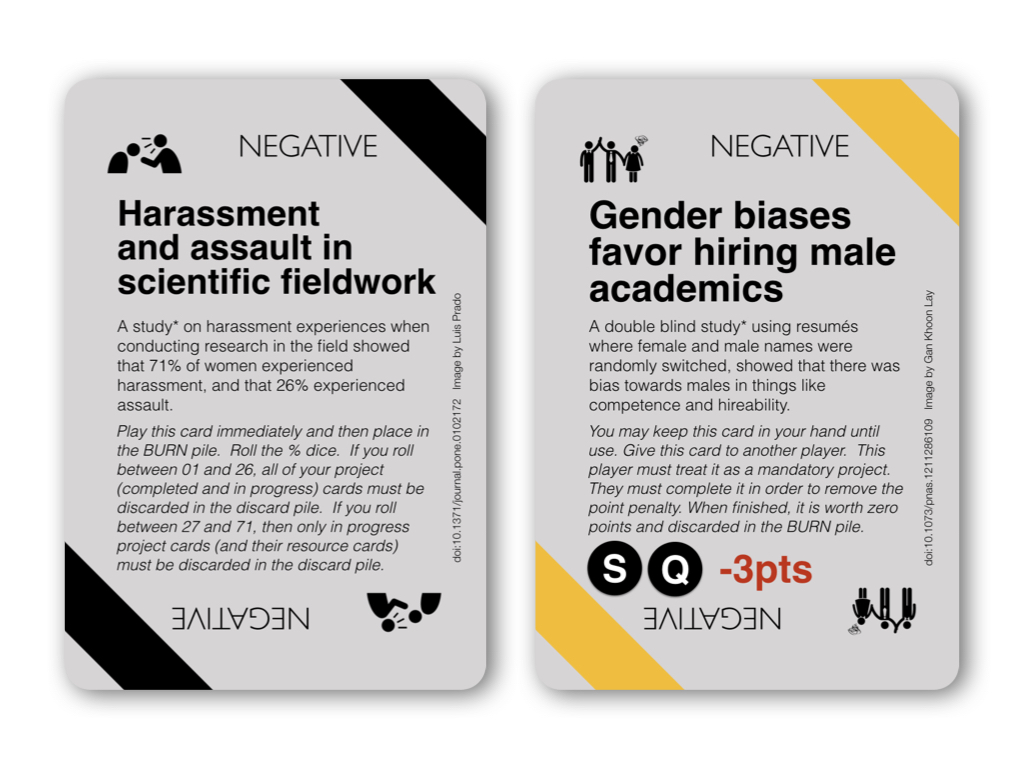 In fact, because of this authenticity, to the often harsh and disturbing reality of sexism, the game is best suited for a more sophisticated audience (think Grade 10 and above, but especially useful for future doctors and biologists). It can be eye opening, depressing, but because it also has a strong emphasis on highlighting solutions, it hopefully provides some needed inspiration to make us all work a little harder in this social justice space. 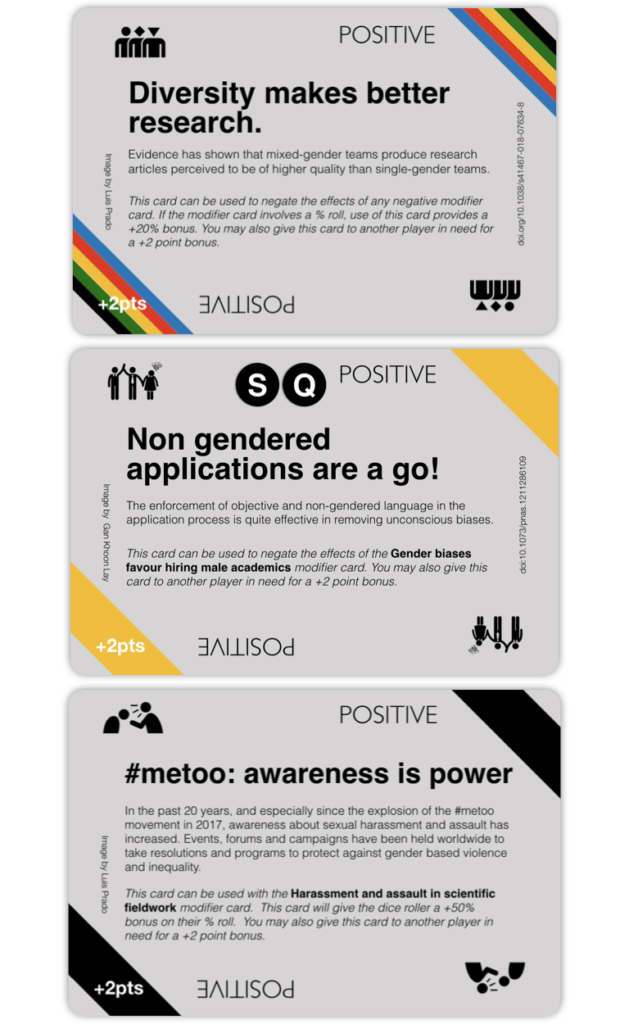 Deck Homepage: link
This link takes you to the deck’s homepage. Note that links to downloadable cards, instructions, and a place for revenue neutral purchase can all be found here. This homepage is also within the main Phylo Trading Card website, where you can find other decks as well. I also recommend the Women in Science and Engineering Deck (link) which was designed with younger audiences in mind.

Free Version pdf: pdf link
This is a direct link to a downloadable (print your own) version of the game. It also includes instructions to play, and is composed of 13 pages, each with 9 or so cards. Note that a few of the cards require two 10 sided dice (which you can get at any game shop). Barring that, you can easily google a random number generator site for cards that need this percentile roll. A page from the pdf looks a little like the below: 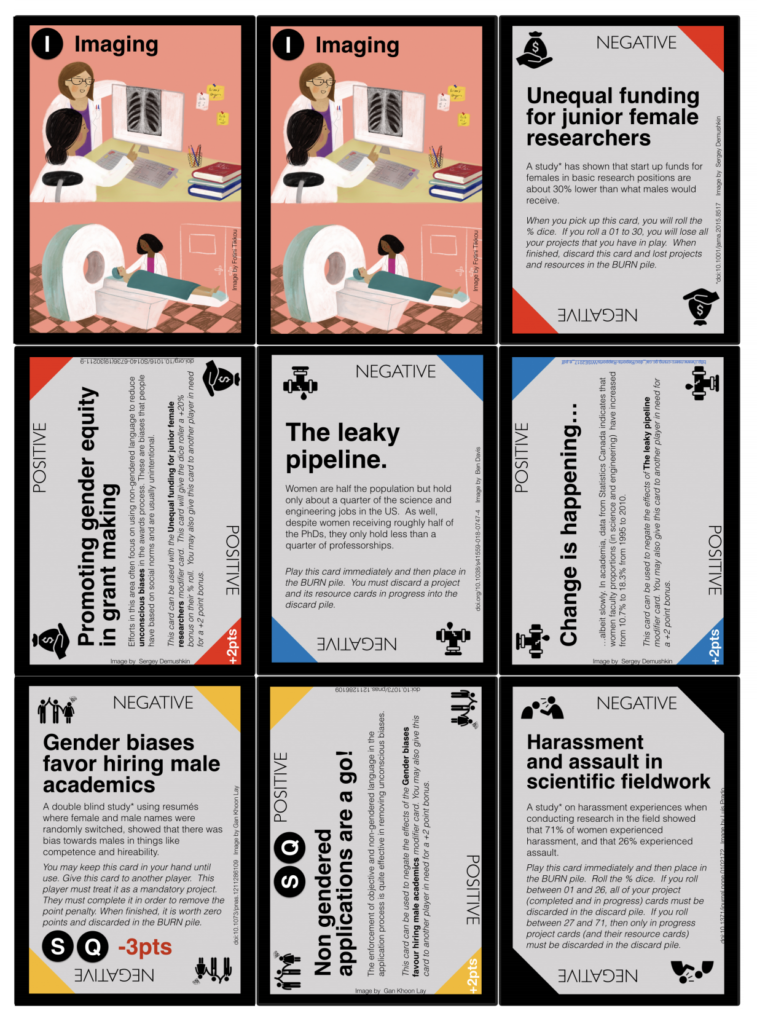 Purchasable HQ Game: link
If you’re interested in purchasing a high quality printed version of the game (with box and 10 sided die), then click on the above link. This is a revenue neutral purchase. all funds go directly towards printing and shipping only. Currently priced at US$19.19 (not including shipping which will vary depending on your locale).

How to Play Video: link
Click above to check out a “how to play” video. Note that this video is for the Women in Science and Engineering deck, but the two games are practically the same. The main difference is that the WiHR deck is played with “project” cards, instead of “scientist” cards, but the general rules of collecting cards you need is identical. Note that the one significant change relates to the modifier cards having POSITIVE and NEGATIVE designations, where POSITIVE cards are actually handed out to the players at the start of the game, for later strategic use. Please see the detailed instructions in the pdf above, or in the game box.

Supplementary Material: pdf link
This is a booklet of essays (written by Shannon Percival-Smith, David Ng, and Garance Thery) that expands on most of the cards in the deck. Helpful if you would like to dig a little further.

Lesson Plan/Activity:
Most lessons that teachers have developed around this and other similar Phylo games largely involve two steps within a one hour timeframe. The first being an opportunity to play the game for 20 to 25 minutes. From there, the lesson asks students to begin creating their own card(s) that could be incorporated into the game (like a classroom expansion deck). These new cards could be: (1) other “project” cards, highlighting peer reviewed literature on an inequitable situation; or (2) modifier cards, both NEGATIVE and POSITIVE, that again focus on a peer reviewed assessment of an inequitable scenario. Modifier cards tend to be particularly impactful, which is why it’s suggested for the student to also look at possible solutions to these discretions (i.e. a POSITIVE card). Note that making timely cards is also a great way to focus on current events and/or recent incidents in the new that relate to gender inequity.