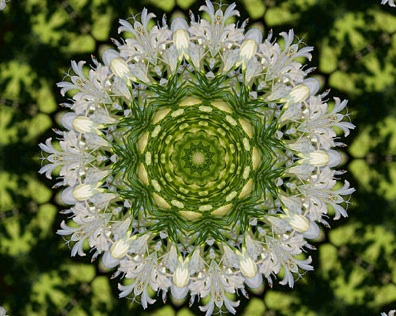 Some years ago I began photographing exotic tropical hibiscus blooms to catalog my collection. Part of the appeal in growing these beauties is cross pollinating to create new cultivars. I wanted a catalog of my collection so that I could keep a record of which blooms were crossed and what offspring they produced. In that way I could have an idea of whether specific colored flower parents would produce a certain color offspring. You see exotic tropical hibiscus are not true breeders. Even if you were to pollinate a bloom with its own pollen you would not get seeds which would produce duplicates of the original. They contain the genes of their parents and their parents parents and so on down the line.

One evening, I was editing a batch of photographs and began exploring the features of the editing software. I stumbled upon a Reflections Menu, where one of the options was a Kaleidoscope Effect. Within the Kaleidoscope menu there are a list of parameters which can be adjusted to change the appearance of an image. And so I began manipulating the photographs of my blooms using these effects which have produced some striking images. I send them out to friends who like myself use them for such things as wallpaper on my computer. Others have requested high resolution images to hang as prints. One friend even requested a certain image which she developed into a pattern for making quilts. It has been an enjoyable experience. People got such enjoyment from looking at and using the images I began photographing objects other than hibiscus blooms and converting them into my own private Kaleidoscope or Mandala images. Even clouds did not escape my curiosity (see below). 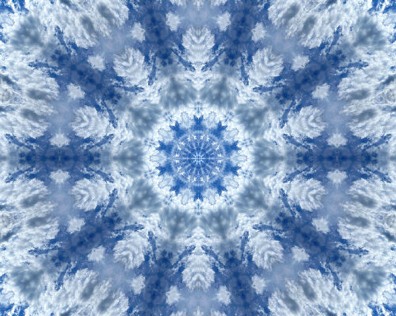 So now I am always on the hunt for colorful objects with varying textures to experiment with. 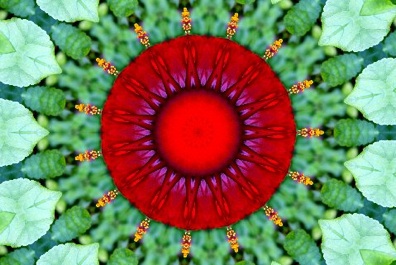 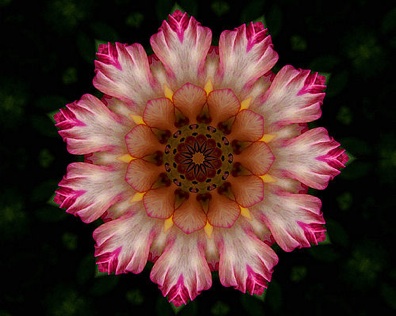