These new environmental conditions, acting as selective pressures, drove the evolutionary process. They forced new species of organisms to evolve that were better suited to survival under particular environmental pressures. The evolution of new species generates biological diversity, which is represented by the number of different species in an environment. Over time, the evolutionary process has led to the development of more complex life forms such as trees, fish, and humans. A simple example of biological diversity is a comparison between a human and a monkey (see Figure 1). 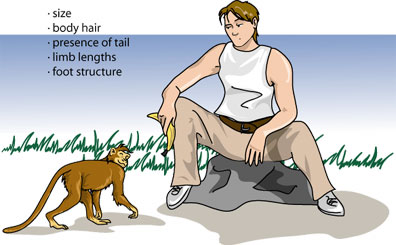 Figure 1. The visible differences between a human & a monkey.

Both species (human and monkey) are eukaryotes, multicellular, vertebrates, mammals, and primates. However, significant differences between humans and monkeys are immediately visible such as body hair and arm length. Other differences such as amino acid synthesis cannot be perceived by casual observation. The basis of this biological difference lies in the organization and expression of the genetic material of each species.

DNA is responsible for encoding the physical characteristics of an organism. Differences in DNA sequences between organisms create genetic diversity. These changes are also responsible for the subtle differences (such as hair colour, eye colour, or height) between organisms of the same species. This genetic diversity is able to manifest itself as biological diversity through the structure, organization, regulation, and expression of DNA. These effects determine how organisms develop physically, assimilate nutrients, interact with the environment, and even, in some cases, how they behave (see Figure 2).

It is these properties of genetic diversity that support the effective stability of natural environments. Multiple biological and non-biological components interact through intricate nutrient cycling webs to create a macroscopic global environment. This global environment can be imagined as a pyramid in which the entire structure depends on each of the small blocks that are used to create and support the larger structure. For this reason, it is often useful to examine the environmental impacts of small ecological components such as microorganisms. As noted above, microorganisms are believed to be the origins life on the planet. This theory is supported by the fact that they display the highest degree of biological diversity.

To understand the biochemical processes of life, it is often easier to study them in a simple system (like a microorganism) instead of a complex one (like humans). Microorganisms have many of the same properties as more complex organisms such as amino acid biosynthesis. They also contain unique properties such as the ability to degrade waste products. As a result, the genetic and biological diversity of microorganisms is an important area of scientific research. Unfortunately, scientists are able to grow less than 1% of all microorganisms observable in nature under standard laboratory conditions. This leaves scientists unable to study more than 99% of the biological diversity in the environment. Metagenomics is a new field combining molecular biology and genetics in an attempt to identify, and characterize the genetic material from environmental samples and apply that knowledge. The genetic diversity is assessed by isolation of DNA followed by direct cloning of functional genes from the environmental sample.

Metagenomics is described as “the comprehensive study of nucleotide sequence, structure, regulation, and function”. Scientists can study the smallest component of an environmental system by extracting DNA from organisms in the system and inserting it into a model organism. The model organism then expresses this DNA where it can be studied using standard laboratory techniques. 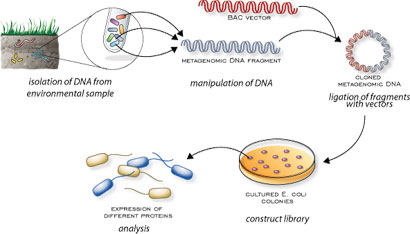 Figure 3. The standard steps of a metgenomics experiment.

The first step of the procedure is the isolation of the DNA. First, a sample is collected that represents the environment under investigation because the biological diversity will be different in different environments. The samples contain many different types of microorganism, the cells of which can be broken open using chemical methods such as alkaline conditions or physical methods such as sonication. Once the DNA from the cells is free, it must be separated from the rest of the sample. This is accomplished by taking advantage of the physical and chemical properties of DNA. Some methods of DNA isolation include density centrifugation, affinity binding, and solubility/precipitation.

Once the DNA is collected, it is manipulated so that it can be used in the model organism. Genomic DNA (the genetic material of an organism) is relatively large so it is cut up into smaller fragments using enzymes called restriction endonucleases. These are special enzymes that cut DNA at a particular sequence of base pairs. The enzymes move along the long fragments until they recognize these sequences where they cut both strands of the DNA. This results in the smaller, linear fragments of DNA depicted in Figure 2. The fragments are then combined with vectors. Vectors are small units of DNA that can be inserted into cells where they can replicate and produce the proteins encoded on the DNA using the machinery that the cells use to express normal genes (see Figure 3). The vectors also contain a selectable marker. Selectable markers provide a growth advantage that the model organism would not normally have (such as resistance to a particular antibiotic) and are used to identify which organisms contain vectors and which ones do not.

The third step is to introduce the vectors with the metagenomic DNA fragments into the model organism. This allows the DNA from organisms that would not grow under laboratory conditions to be grown, expressed, and studied. The DNA inserted in the vector is transformed into cells of a model organism, typically Escherichia coli. Transformation is the physical insertion of foreign DNA into a cell, followed by stable expression of proteins. It can be done by chemical, electrical, or biological methods. The method of transformation is determined based on the type of sample used and the required efficiency of the reaction. The metagenomic DNA in the vectors are all in the same sample initially but the vectors are designed so that only one kind of DNA fragment from the sample will be maintained in each individual cell. The transformed cells are then grown on selective media so that only the cells carrying vectors will survive. Each group of cells that grows is called a colony. Each colony consists of many cloned cells that originated from one single cell. These samples of cells containing all of the metagenomic DNA samples on vectors are called metagenomic libraries. Each colony can be used to create a stock of cells for future study of a single fragment of the DNA from the environmental sample.

The fourth and final step in the procedure is the analysis of the DNA from the metagenomic libraries. The expression of DNA determines the physical and chemical properties of organisms so there are many potential methods of analysis. A phenotype is the physical attribute associated with expression of a gene. An example of metagenomic analysis would be to look for an unusual colour or shape in the model organism. An aspect of the phenotype that is not readily observed is chemical reaction. The chemical properties of the expressed metagenomic DNA can be examined by performing chemical assay on products created by the model organism. This would investigate whether the model organism gained an enzymatic function that it was previously lacking such as use of an unusual nutrient source for growth under conditions that limit normal nutrient availability.

Metagenomic libraries are typically used to search for new forms of a known gene. First, the metagenomic DNA is inserted into a model organism that lacks a specific gene function. Restoration of a physical or chemical phenotype can then be used to detect genes of interest. A genotype is the specific sequence of the DNA and provides another means of analyzing the metagenomic DNA fragment. The sequence of the bases in the DNA can be compared to databases of known DNA to get information regarding the structure and organization of the metagenomic DNA. Comparisons of these sequences can provide insight into how the gene products (proteins) function.

Genotypic analysis is usually performed after phenotypic analysis. A typical metagenomic analysis involves several subsequent rounds of the procedure in order to definitively isolate target genes from environmental samples and to effectively characterize the information encoded by the DNA sequence. The information gained from the metagenomic procedure provides information regarding the structure, organization, evolution, and origin of the DNA and can be used in scientific applications for the benefit of society and the environment

Many microorganisms have the ability to degrade waste products, make new drugs for medicine, make environmentally friendly plastics, or even make some of the ingredients of food we eat. By isolating the DNA from these organisms, it provides us with the opportunity to optimize these processes and adapt them for use in our society. As a result of ineffective standard laboratory culture techniques, the potential wealth of biological resources in nature (like microbes) is relatively untapped, unknown, and uncharacterized. Metagenomics represents a powerful tool to access the abounding biodiversity of native environmental samples. The valuable property of metagenomics is that it provides the capacity to effectively characterize the genetic diversity present in samples regardless of the availability of laboratory culturing techniques. Information from metagenomic libraries has the ability to enrich the knowledge and applications of many aspects of industry, therapeutics, and environmental sustainability. This information can then be applied to society in an effort to create a healthy human population that lives in balance with the environment. Metagenomics is a new and exciting field of molecular biology that is likely to grow into a standard technique for understanding biological diversity.