Some of the best chemical engineers in the world don’t have a university degree. The most prolific institutions (if they can be called that) don’t have professors or laboratories. The chemicals themselves boast more complicated architectures than humans could imagine. The working conditions are dirty and crowded, but somehow the immobile chemists still succeed. These thriving chemical production plants, in every sense of the word, are forests. 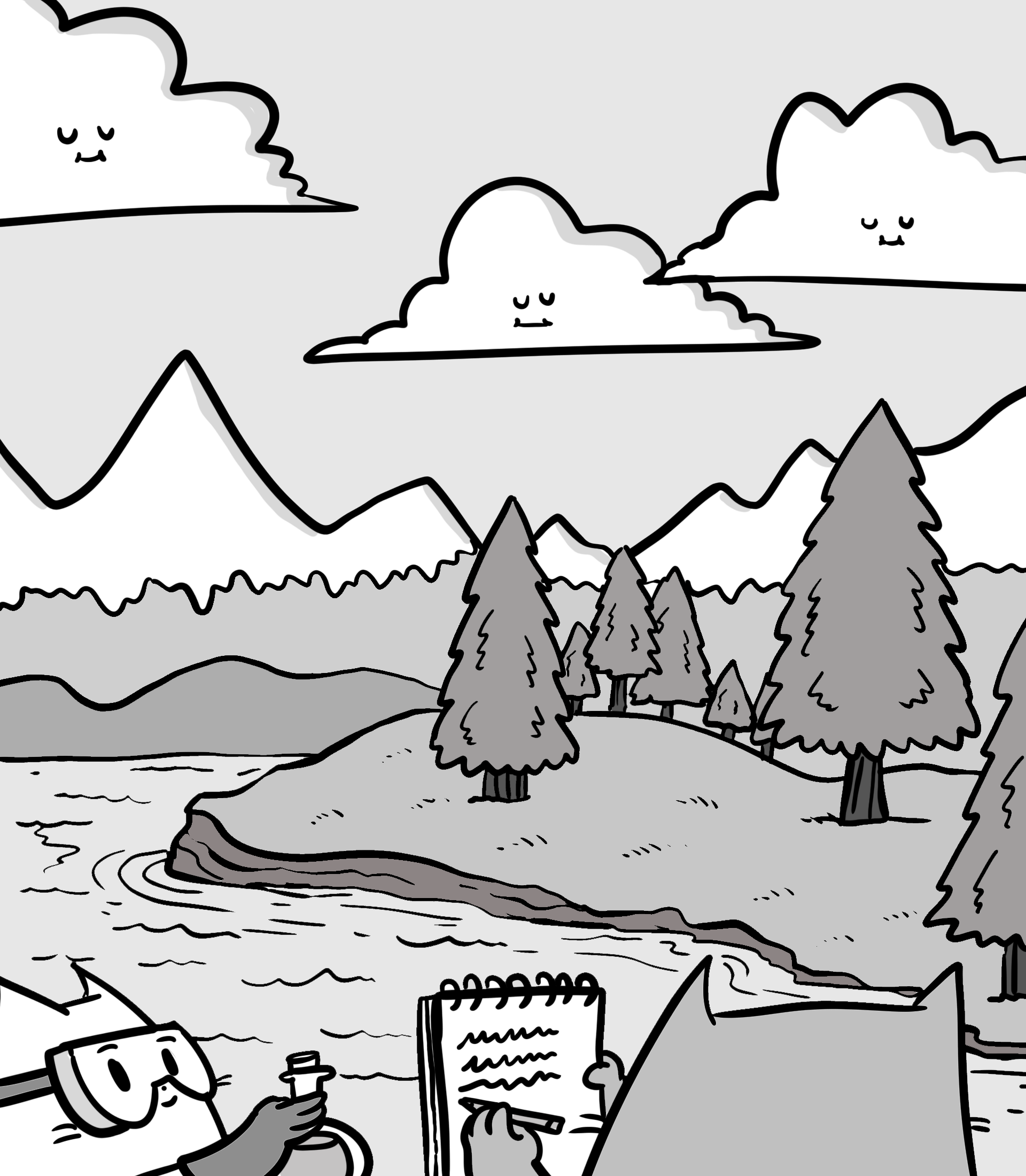 Some phytochemicals (compounds synthesized by plants) that nature has so elegantly engineered are also life-saving medicines. Take Taxol, a compound originally isolated from the bark of Pacific yew trees. Almost sixty years ago, when Arthur Barclay, a botanist, collected yew bark from a Pacific Northwest forest, he had no idea that one of the phytochemicals the bark contained would save patients’ lives. Two years later, Drs. Mansukh Wani and Monroe Wall discovered a potent anticancer compound in the yew bark sample, which they named Taxol (later trademarked, and also known as paclitaxel today). They soon realized that Taxol’s molecular structure was extraordinarily complex – more elaborate than a human chemist could have ever conceived. But it was Dr. Susan Band Horwitz, a distinguished professor at the Albert Einstein College of Medicine, New York, who made Taxol famous.

“The structure was very intriguing and beautiful,” says Horwitz, who recently received a Gairdner Award for her research on Taxol. “All my career, I’ve been interested in trying to understand how small molecules from natural products could be used in the treatment of cancer.” And years after Wani and Wall published Taxol’s structure and anticancer properties, the researchers still weren’t sure how it worked. Not a single paper had been published on it. “Nobody had any idea how [Taxol] killed the cells. To move a drug forward, it’s very important to understand what it does in an organism.”

It didn’t take long for Horwitz and her student to realize they had something special. “I had a student looking for a thesis project, and I said to him, ‘Let’s get ten milligrams [of Taxol] and you can work on it until the end of the month,’” Horwitz recalls. “That end of the month never arrived, because I am still doing experiments on the drug!” They knew they had something really exciting when they saw that it killed cells in a way that no one had seen before. As Horwitz says, that kind of discovery is “what science is all about.”

Horwitz and her graduate student at the time, Peter Schiff, figured that Taxol killed cancer cells in a new and unusual way, which meant that it could save lives where other drugs failed. Cancerous tumors are masses of cells multiplying out of control, so anticancer drugs need to preferentially kill fast-growing cells. Most other drugs work by damaging cells’ DNA or disrupting DNA synthesis, both of which put the brakes on cell division and therefore abolish tumors (or at least slow them down). The trouble comes when the drugs stop working, or if they never work in the first place. Just like fast-growing bacteria can acquire resistance to antibiotics, cancerous cells can acquire resistance to chemotherapy, and when they do, it’s critical for doctors to have a different weapon up their sleeve to increase the odds of finding one that works. 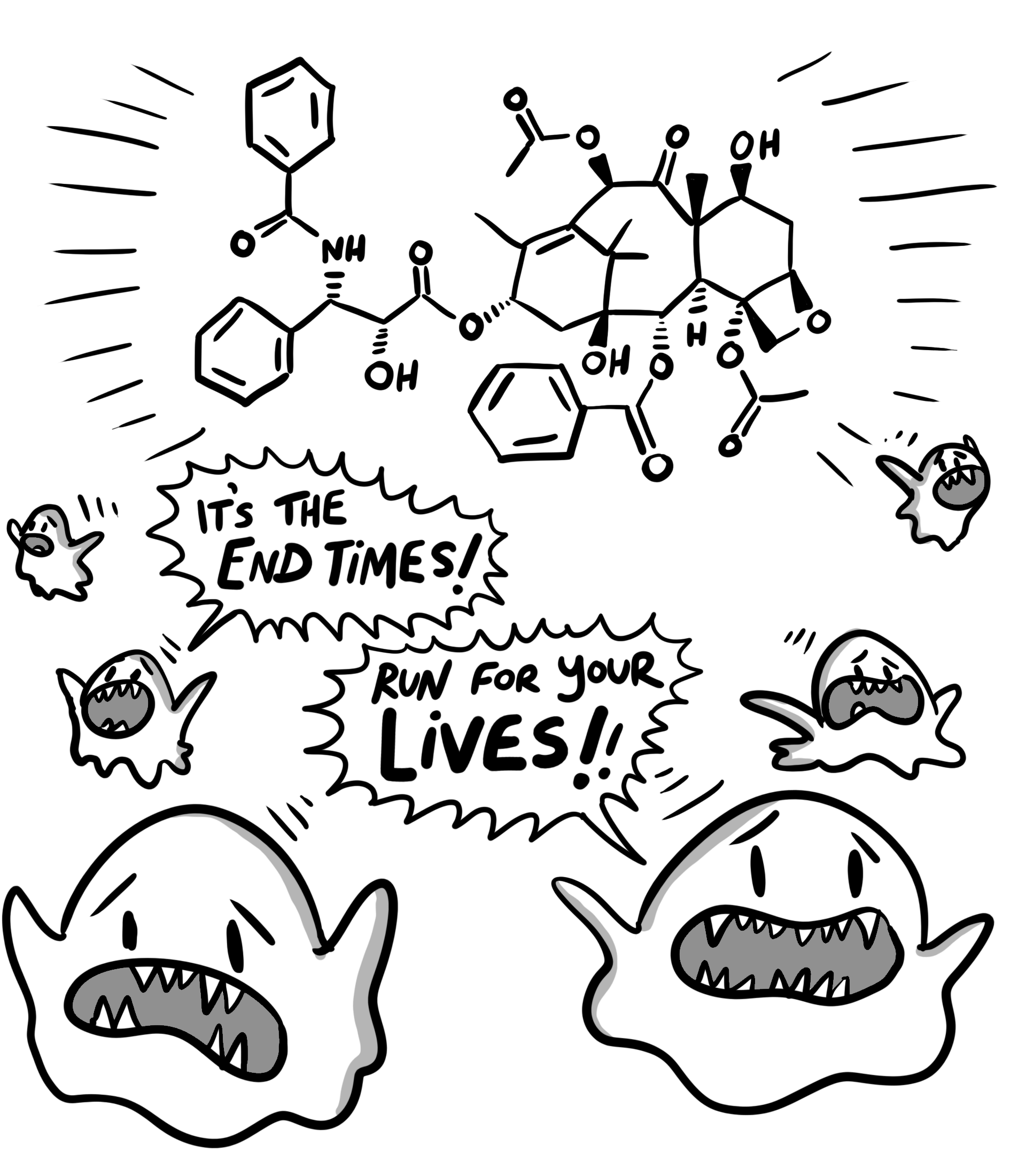 Schiff and Horwitz found that unlike most other chemotherapies, Taxol binds to the cell’s microtubules (protein filaments that help move things around inside the cell). Those microtubules are vital for cell division – they lengthen and shorten to drag the chromosomes to opposite ends of the cell before it splits, like a microscopic tug-of-war. When Taxol binds to the microtubules, the tugging stops – the filaments bundle up and seize, the cells can’t divide, and the tumor stops growing. Targeting the microtubules is an entirely different strategy than targeting DNA, adding a whole new weapon to doctors’ arsenals. At the time, this was a totally novel mechanism – today, microtubule-targeting agents form a whole class of chemotherapies, and Taxol is the most widely used of all. It has extended millions of patients’ lives and generated billions of dollars in revenue. All because of the humble Pacific yew.

Plants and their elaborate phytochemicals are invaluable reservoirs for anticancer drugs. Cancer is responsible for nearly one third of all deaths in Canada, making it the frontrunning cause of death nation-wide. It is so deadly in part because it is a notoriously complex disease, and this complexity means that designing or identifying drugs that will be effective for more than a tiny subset of patients is extremely difficult. Worse yet, the disease is caused by out-of-control proliferation of our very own cells, not a pathogen or toxin, so any anti-cancer drug is inevitably toxic to at least some of our healthy cells, too. The ideal chemotherapy would wipe out cancer cells but leave healthy cells unharmed (or at least, less harmed), but finding such a chemical is like looking for a needle in a haystack. No – it’s like looking for a needle in a forest, when we don’t even know what a needle looks like.

No one thought that the yew bark sample Barclay collected would yield a blockbuster drug. No one even knew that it was a needle. The sample was randomly chosen to be part of a massive anticancer screening program spearheaded by the National Cancer Institute, and was one of 30,000 samples analyzed under the program. Other plants, like the American mayapple – a woodland plant found in Eastern US and Canada – and the rosy periwinkle – a flowering plant endemic to Madagascar – among others, had yielded similarly powerful anticancer drugs (podophyllotoxin, vincristine, and vinblastine, also known as antimitotic agents) in the past, but we still don’t fully understand why they exist.

Plants don’t get cancer the way humans do, so the exact reason why plants produce antimitotic agents in the first place is puzzling. Scientists think it could be a form of chemical defense against herbivores: Plants can’t run away from leaf-munchers, so instead they stand their ground and make sure their attacker gets sick and doesn’t come back. Animals (including people) become ill when they eat the leaves and bark with toxic compounds because the antimitotic agents harm fast-growing, healthy cells too (like those in the stomach lining) – not just tumors. In fact, that’s part of the reason why chemotherapy comes with serious side effects. But when the alternative is death by cancer, most people would still choose chemotherapy.

Plants, with their extraordinarily diverse phytochemicals, have given us far more than just chemotherapies. Yes, more than just illicit drugs, like opium, cocaine, and ecstasy, too. Around fifty percent of all prescription drugs in North America are derived from or inspired by chemicals found in nature, and plants are major contributors. The Barbasco root (a type of Mexican yam) gave us the birth control pill. The willow tree gave us aspirin. The quinine tree gave us antimalarials. Fungi, too, have given us famous drugs like penicillin and Lipitor. All of these drugs, including our beloved caffeine, have profoundly changed the world.

And there are probably many more plant-based medicines that we don’t yet know about. We haven’t even discovered all the plant species that exist – around 2,000 new plants are described every year – let alone tested all their phytochemicals for medicinal properties. There are likely countless other antimitotic agents and other drugs that we don’t know about. But sadly, our precious forests and wild plants are vanishing.

Habitat destruction – slash and burn deforestation for agriculture, clear-cut logging, toxic waste from mining, and drilling for fossil fuels, to name a few – is threatening global biodiversity, including plants. Unprecedented forest fires, like those burning the Amazon rainforest – a hotbed of plant species richness – and boreal forests in Canada, Alaska, and Siberia, are eliminating tens of millions of acres of forests in one fell swoop. With so much habitat destruction, some species are failing to persist. For example, the rosy periwinkle (which gave us two of the first plant-based anticancer drugs) is endangered in its natural range due to habitat destruction. Luckily, the cute flower is also a popular ornamental, so it has been naturalized in other locations. But other species are not so lucky. 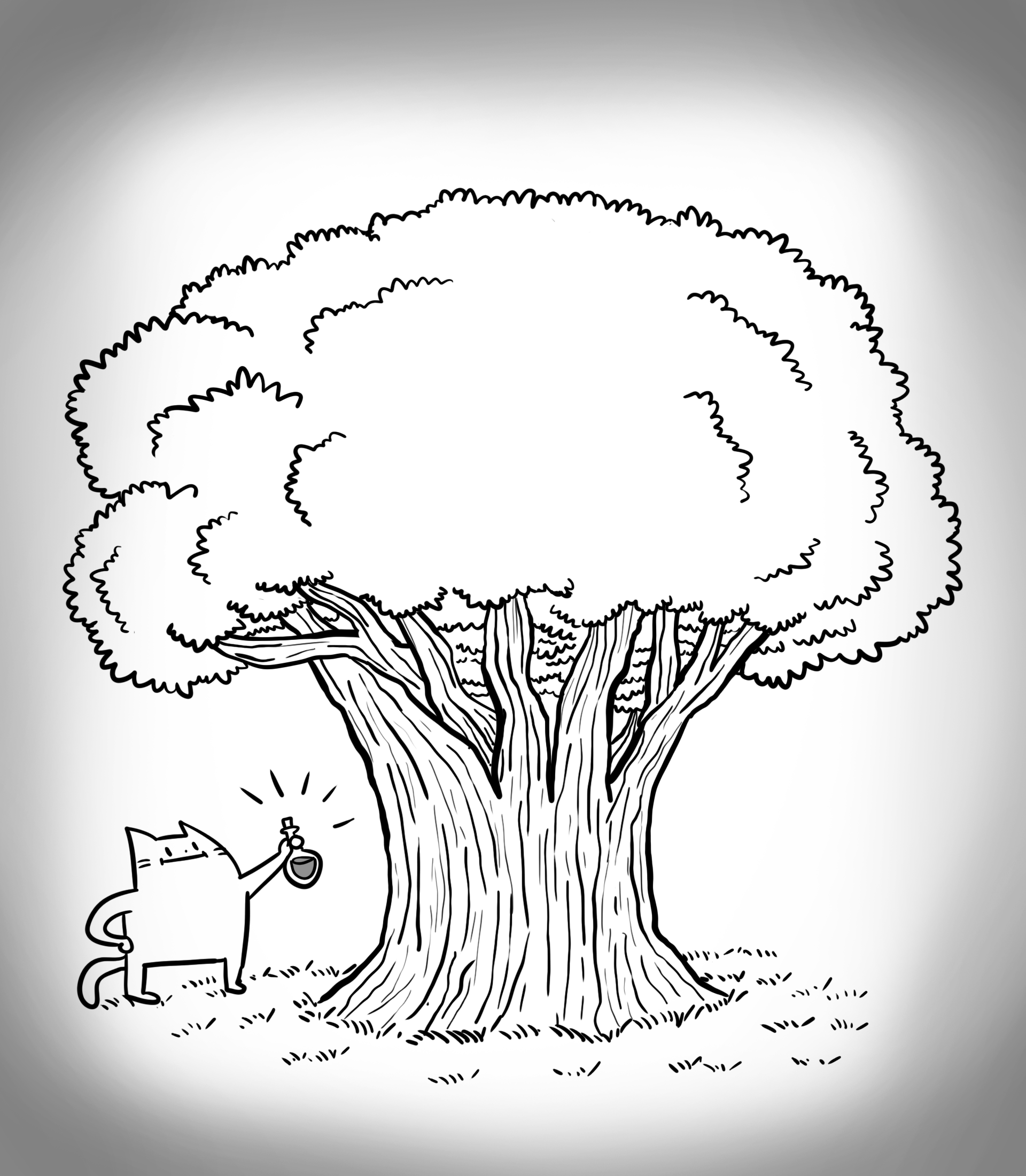 Hundreds, possibly thousands of plant species have been wiped out since the 1700s. Scientists have documented at least 572 extinct plants, and most agree that it is likely a gross underestimate. And according to a recent UN report, 1 million animal and plant species are threatened with extinction. With this trajectory, many species will be wiped out before we can even investigate their medicinal value. And even if we discover new drugs in time, we still need to preserve the environment to ensure our future supply.

That’s because some phytochemicals are so complex, we still can’t synthesize them without the plant’s help – even if we already know the structure. Today, there are still only three ways to produce Taxol, and all depend at least partially on harvesting raw plant material. Taxol can be extracted directly from yew bark, just like Wani and Wall did in the 1960s. But this process kills the slow-growing tree, and the global Taxol demand is too high (according to some estimates, bark from eight 60-year-old trees would be needed to treat just one patient). Today, Taxol is commercially produced either by extracting it from yew cells cultured in the laboratory or by a complex process involving an extraction from yew needles (leaves) coupled with laboratory reactions. The latter method, though it’s much more efficient than bark extraction and doesn’t kill the tree, still requires harvesting massive amounts of needles.

“Most people don’t realize how many of our drugs come from natural products,” says Horwitz. But we are destroying the Amazon, we are destroying the trees, and we are destroying our chances of discovering new life-saving, phytochemical medicines. Horwitz urges us that appreciating, respecting, and preserving nature is very important. “No chemist would ever sit down and design a drug like Taxol, and yet the tree does it. And the tree gives the chemist ideas.”

Phytochemicals are often the reason why many herbal remedies work. But how is a medicine in the form of a phytochemical different from that of an herbal remedy?

Do a little research on the term biopiracy. What do you think of this issue?