DARWIN AS SANTA
(a.k.a. one way Darwin Could Jump the Shark) 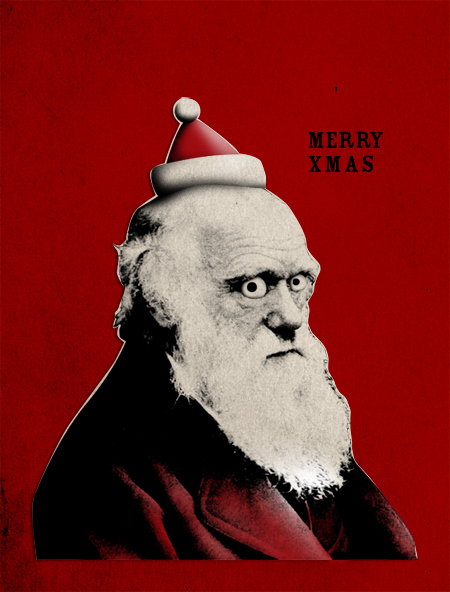 “Sporting his full white beard, Darwin is hired to impersonate Santa Claus at the local mall. He initially does well in this job, looking the part, being punctual, amicable, and knowledgeable about reindeer. However, he soon begins to insist on teaching children words like “invertebrate.” He also starts giving out stylish feces beads instead of candy canes. Later, he gets in an argument with another Santa Claus in another mall over biologically sound explanations for Rudolph’s glowing nose. The “Darwin vs. Santa Claus” fistfight goes viral on YouTube.”